Consulta nuestras medidas para proteger CREC de la COVID-19
Ver protocolo CREC CARE
CREC / Community Builder  / Roman Calavera, CEO of CREC: “In two years, our world will be so different from now, and we will evolve with it”
May 2, 2019 In Community Builder

Roman Calavera, CEO of CREC: “In two years, our world will be so different from now, and we will evolve with it”

When coworking was still an unknown world in Barcelona city, Roman Calavera, CEO of CREC, thought that everybody will need it. Go out of home to work in a professional and highly connected environment seemed like an unstoppable evolution. And here we are now. But his own model is based on an essential idea: the most important thing is people. And for that reason, with a specific team of Community Builders, he started his adventure by creating CREC Poble Sec in 2012. And thanks to their good results, he opened CREC Eixample in 2016. This year, Roman wants to go a step further: Open a third CREC in Sabadell. “Coworking has to be an option for everybody, not only in big cities”. 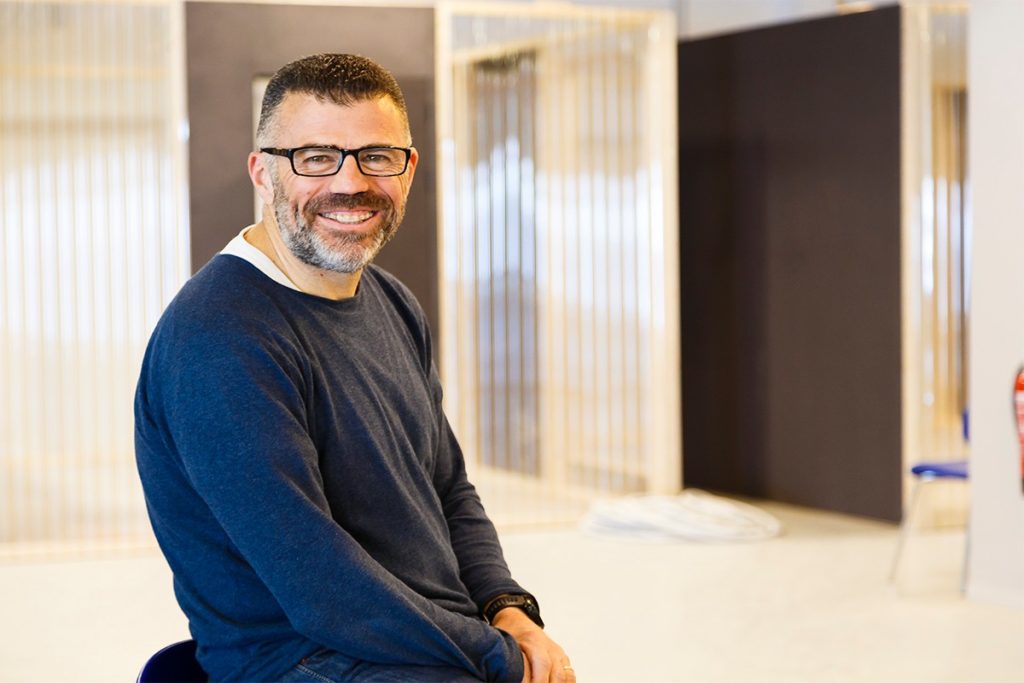 You bet for CREC when coworking was still so unknown in our home. Why you did it?

My bet was not only for coworking. My bet was to create a new concept of a connected community. Find common aspects between coworkers to link them and generate valuable collaborations. The disruptive idea of coworking appeared later. My first idea was to change our way to work. Basically, coworking concept emerged when we were trying to find our business and working system, the way to experiment and innovate. And we also investigated how other countries were working. I loved the Canadian model. I have a huge admiration for CSI, an interesting vision of coworking, which, as its slogan tells, “wants to change the world”. This was an inspiration for me. Canada has always been my referent.

“Community builders make the difference in CREC. For that reason, we are more than a coworking”

Today, relationships between people are the most important thing in CREC. Why you think that we want it that way and what is the role of the community builders to achieve it?

Because without their role, we won’t be able to apply our model. We put into practice our know how when we connect people with a big added value, and this makes the difference with the rest. That’s why I think we are more than a coworking. A part of the space, we offer a quality service in a free environment, where every co-worker can feel so comfortable working and creating his own relationships. But community builders have always a strategic vision to help them with new and unexpected connections.

A few years ago, coworking was not as important as a working system as now. Why you thought that this model could be successful?

Because our world was going in this direction. People thought: “we have to be smart and search new solutions”. And a lot of authors were also going in this way. They said that the world wouldn’t live a global revolution, but he would live a lot of individual and unstoppable revolutions. People are organized, has a lot of ideas… And it doesn’t exist a power able to stop it.

In fact, you are also the example of a person who lives a little revolution, because as our coworkers, you are an entrepreneur. Why you did it?

I was in Club Lleuresport since a lot of years ago focused on the management of public centers. And there, we were also having a disruptive idea of work. For that reason, create CREC was an important decision. We showed that an emphatic model with people as a main character is so, so good for everybody. Then, before we launched CREC, I had to change myself.

Which advice can you give to an entrepreneur?

You have to believe in yourself. If you want to change the entire world, then you have to start by evolving as a person. You have to listen to every opinion, but there’s also people who don’t want to help. You have to ignore these people who only say: “I told you”. This kind of people has the easiest vision of the world. They don’t know that every entrepreneur, even if he fails, has gained a huge experience. And this will be a key factor in a future. If we only consider as a successful model the one which let you live comfortable with your own company… That’s so difficult. People who create new ways to work, who discover new relationships… This people are being really so successful.

How do you actually see CREC and what has been more unexpected for you from the beginning?

The most surprising fact for me was the people. Little by little, day by day, they changed their way to work. And I didn’t expect that. People come to CREC searching for connections, with an absolute disposition. They think that collaborations with other professionals are so beneficial, and they rejected the idea of raising their projects alone. 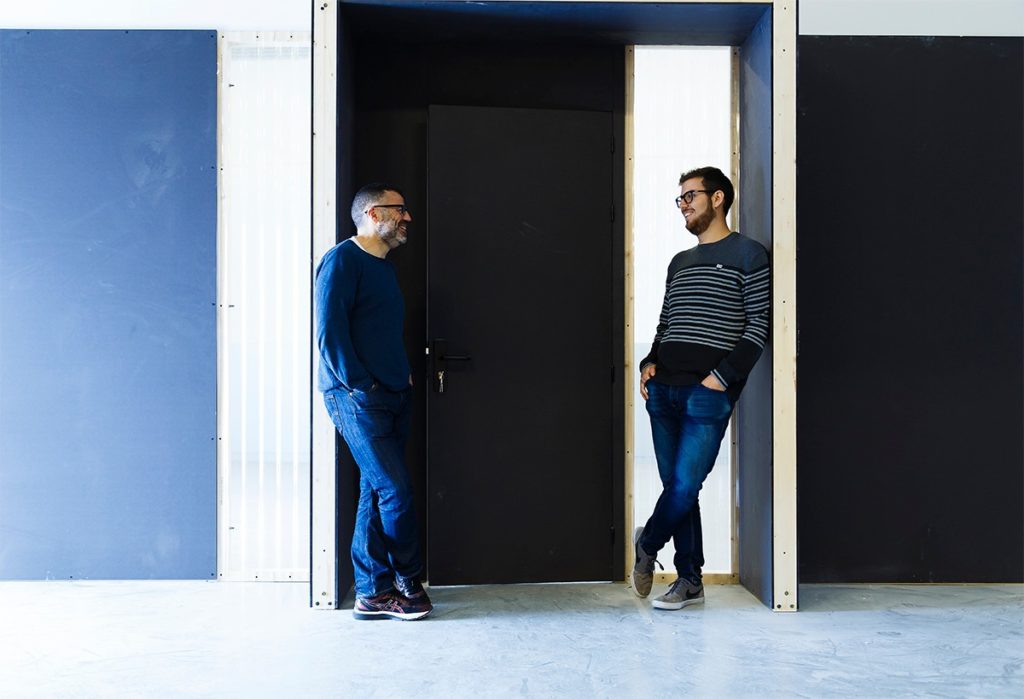 “Link Barcelona and Sabadell will be amazing for our community. Connections between coworkers will go one step further”

You have chosen Sabadell to open the third CREC. Why this city?

We loved to play with the metropolitan concept. Barcelona is a big city, but the metropolis is bigger than Barcelona. There is a lot of connections which we can create, a lot of people who do interesting things, so new… And maybe they don’t want to come to the capital. It’s a huge challenge to go one step further. We want to be able to extend our message and share the CREC model to a new community.

Grow up in Sabadell is also a personal opportunity. Every co-worker are part of CREC community and they can move in an absolutely free way between our three spaces and create connections with all our coworkers. Then, we are creating a link between Barcelona and Sabadell that will be so good for everybody. The location of the new space, the way how people work… My feeling is that CREC Sabadell with fit very well with people and will give us a lot of personal experience so unexpected at this moment.

What do you think that Sabadell can contribute to the rest of our community?

I think we will create a wonderful contact between professionals of both cities. I don’t know if in Sabadell we will have a specific profile of coworkers: experimented people who come out of the private office and want to try in an open space, people who live in Sabadell and don’t want to move to other places, young or foreign people who live in the metropolis… CREC open the door for everybody. And we want to join different people to make our new connections still better.

How do you see CREC in a near future? And coworking?

I think that CREC has ambitious plans for the future. We have to be ready for constant changes. I have the feeling that, in maybe two years, our way to work as a society and as an enterprise will be so different. We have to create new concepts, new projects… But always keeping our philosophy alive. We are CREC, and we have to be CREC until the end.

We respect a lot to every person who understand coworking as a way to work in a spectacular, well-designed space, where everybody works on his project without professional and personal connections. This is not our way. We offer a way to work “CREC” which includes a lot of other things.

So, do you think that the workers of the present and the future will find in CREC the best place to develop their projects?

I don’t know how will be the future. Some people say that millions of jobs will be destroyed, but I think that we will also create millions of new jobs. We unknown how will be our professional links. Maybe we have to include the relationships between robots and human people. But I think that people will always be the main character of our environment. CREC has to be in a constant evolution, in the exact same way of the society. People will change, so we will change with them. 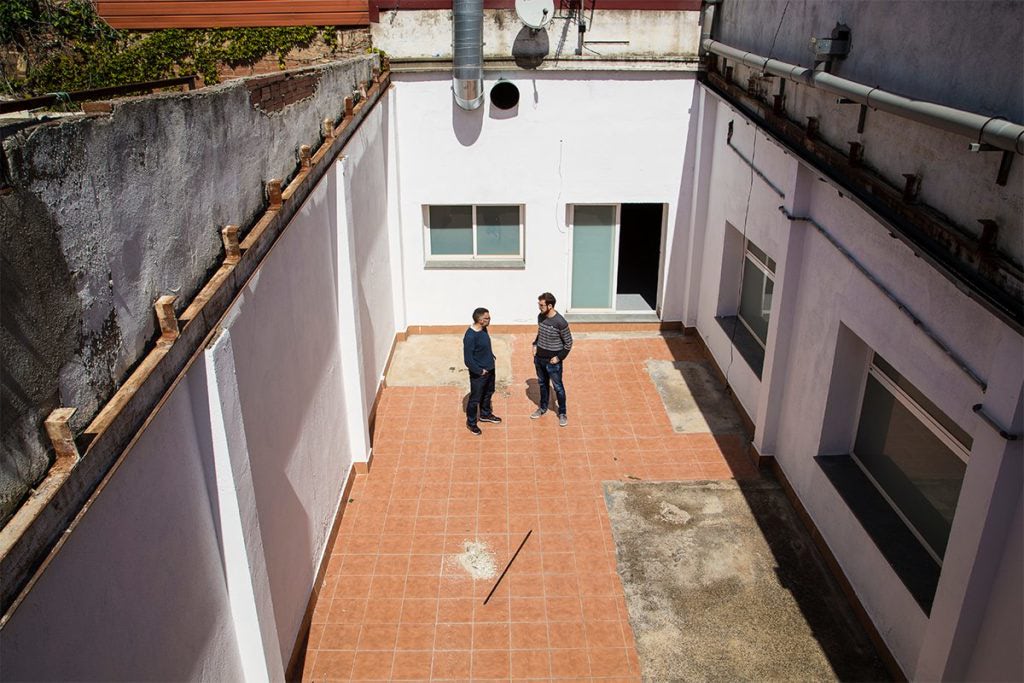 “In CREC, we always want to grow up. My idea is to break down barriers of Catalonia and, if it’s possible, of Spain”

And thinking about the future… Can we think about a 4th CREC?

Absolutely yes! We always want to grow up. If we don’t think about it, we should close and focus on other projects. But we don’t have to think about which place can need a CREC Coworking. We will think about what we need and what is the best for our community. Where can we go to complete ideas and projects of CREC? How can we do it to improve the experience of our coworkers and create new contacts? If we find this, we would search the space and its location. I think that the best place is where coworking is not so developed. Then, we can learn together. Which is my idea? I want to break down barriers of Catalonia and, if it’s possible, of Spain.