CREC Poble Sec is located at one end of the Poble Sec neighborhood, one of the neighborhoods with the most personality in Barcelona. In fact, it is the first expansion of the city, prior to the one designed by Ildefons Cerdà.

Poble Sec was born in the mid-nineteenth century as a result of the union of several working-class neighborhoods and has preserved an essence that makes it unique to this day. In the last ten years, the neighborhood has undergone a transformation and has become a benchmark in gastronomy, leisure and culture. 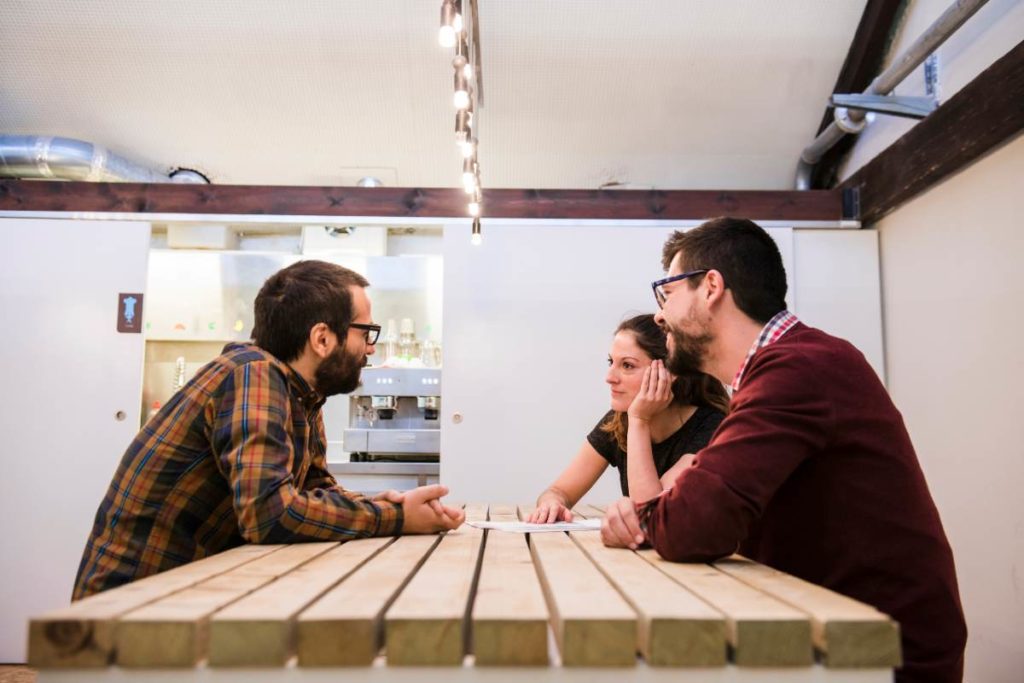 In 2013, CREC Poble Sec opened its doors in a large industrial premises that, until then, was an art gallery. It is no coincidence that we chose that location to open the first coworking in Barcelona. We wanted to lead a change in the way of working and Poble Sec has been, since its inception, an engine of change in the city.

Our workplace gives us an opportunity to discover and enjoy its environment and to consume locally and responsibly. Therefore, we present local establishments and businesses and places of interest less than 5 minutes walk from CREC Poble Sec!

Is there any coworker at CREC Poble Sec who doesn’t know Bodega Vidal? It is the local bar of the coworking, a traditional winery where the owners, who are the third generation, serve the parish in an exquisite way from 7 in the morning.

La Bodega Vidal is one of those places where you feel at home just setting foot. Any time of the day is good to do something and a coffee and take a break just 50 meters from CREC.

Lilith & Sons: The #1 cocktail bar in the hood

Poble Sec has been a disruptive neighborhood for more than a century, open to new cultural trends. Since the cultural explosion of the Parallel until today, the neighborhood has seen venues such as El Molino or Sala Apolo have led the city’s musical and nightlife agenda.

For two years, Paul, Román y Baptiste have run the neighborhood’s trendy cocktail bar: Lilith & Sons. These three bartenders, with a long background in the hospitality industry despite their youth, have created a bar concept that has renewed the nightlife of the neighborhood. It is a modern place with an innovative cocktail menu (without neglecting the classics) and a small menu of food to share.

“We see Lilith & Sons as a refuge from curious people. Human beings with an open mind, interested in the world of graphic arts, music, fashion, design, street and underground culture, tattoos … “, affirm its creators. Without a doubt, Lilith & Sons is an ideal place to do an afterwork two blocks from CREC Poble Sec (when time restrictions allow). 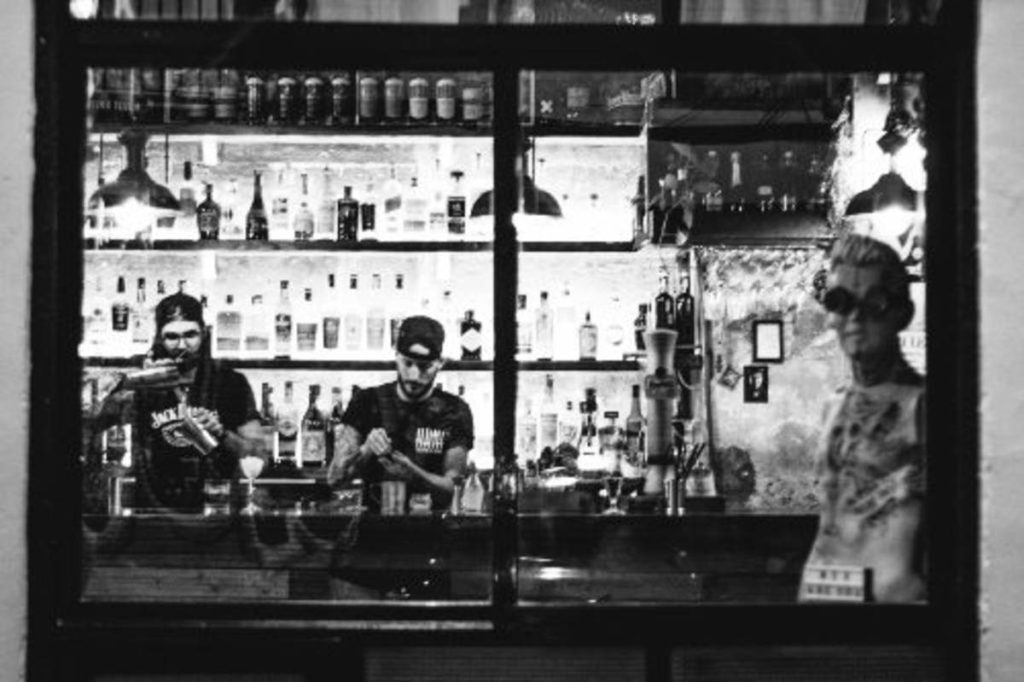 La Raíz, a bar located on Nou de la Rambla street just 100 meters from CREC Poble Sec, is a very careful reflection of the neighborhood: it is a supportive place that bets on the social and local economy and that functions as a cultural center.

It is a meeting point for people from the neighborhood and from all over the world where, in addition to enjoying a good craft beer and generous portions to share, debates, markets, open microphones and other cultural activities are held. Plus, CRECWorkers have a 10% discount on takeout orders!

Oh, Blai street… Who has not gone for “pintxos” after leaving CREC Poble Sec? For ten years, this pedestrian street has become a meeting point for local and international youth for pinchos and tapas dinner or making vermouth. If he finds a place on a terrace, feel lucky.

Within this bustling ecosystem of pintxo bars, our favorite is the Koska Taverna, a Basque tavern that also offers tapas and portions from here. The omelette is stratospheric! If you want to have a quick and good meal at any time, don’t think about it: head over to Koska!

Poble Sec is also an international gastronomic scene. On the border between the neighborhood and Montjuïc, next to the theater city, lies the Xemei, a Venetian restaurant where he would spend every summer night.

The twins -xemei, in the Venice dialect- Stefano and Max Colombo brought to Barcelona an Italian cuisine that once surpassed macaroni Bolognese and quattro stagioni pizzas. The fish arrived as it is cooked in Venice, and we had to learn what ‘sarde in Saor’ or ‘baccalà mantecados’ are: another Italian cuisine was possible. Sarde are the Venetian version of pickled sardines and this cod is brandade without dairy ingredients.

In Xemei it is served in an assortment that includes baked mackerel and marinated anchovies, and you must order yes or yes to put yourself in the situation. The vintage tavern atmosphere, the hyperactivity of the Xemei, the chatty waiters and some ‘Buoni, Buoni, Buoni’ dishes are reasons enough to decide that you will return. But first, finish off the ‘bigoli in salsa veneziana’, the grilled cuttlefish with polenta, the grilled octopus or, if you want to look like lifelong Venetians, the Venetian veal liver.

All neighborhoods have a common element that is also a meeting point for all residents: the artisan bakery. In the case of Poble Sec, the mecca for artisan bread and pastries is undoubtedly Pà Serra.

Head in: they combine the artisan trade with the advantages of the cold room, and the idea that high-quality bread should be affordable for everyone. Conrad Serra has been in the trade for 40 years and thus sums up that he brings his bread: “Sourdough from cultivation and flour a lot on stone. More flavor and smell, better conservation and more nutritional elements. Exceptional pieces at neighborhood prices. Taste their “Pà de Cavallers”!

La Carbonera: books and much more

In Blai street, not everything is bars and terraces! In the central axis of Poble Sec we find a key collaborative project in the cultural life of the neighborhood: La Carbonera.

La Carbonera is a bookstore that was born as a project to build a reading community in Poble Sec. Therefore, it not only sells new and second-hand books, but also organizes activities related to reading every week. From storytelling for the little ones, to book presentations, through literary guided tours. If you become a member, you will enjoy a 5% discount and other advantages!

Volata: the magazine for cycling passionates

Whether you like cycling or editorial design, or both, Volata magazine is a must-read and buy. It is an independent project financed thanks to its wide community of subscribers (you can do it for only 8€/month). They publish articles, news, interviews and reports on cycling with exquisite photography and editorial design. Its headquarters is Poble Sec, next to the Plaza del Surtidor, and our coworker Nicola Mesken has collaborated! 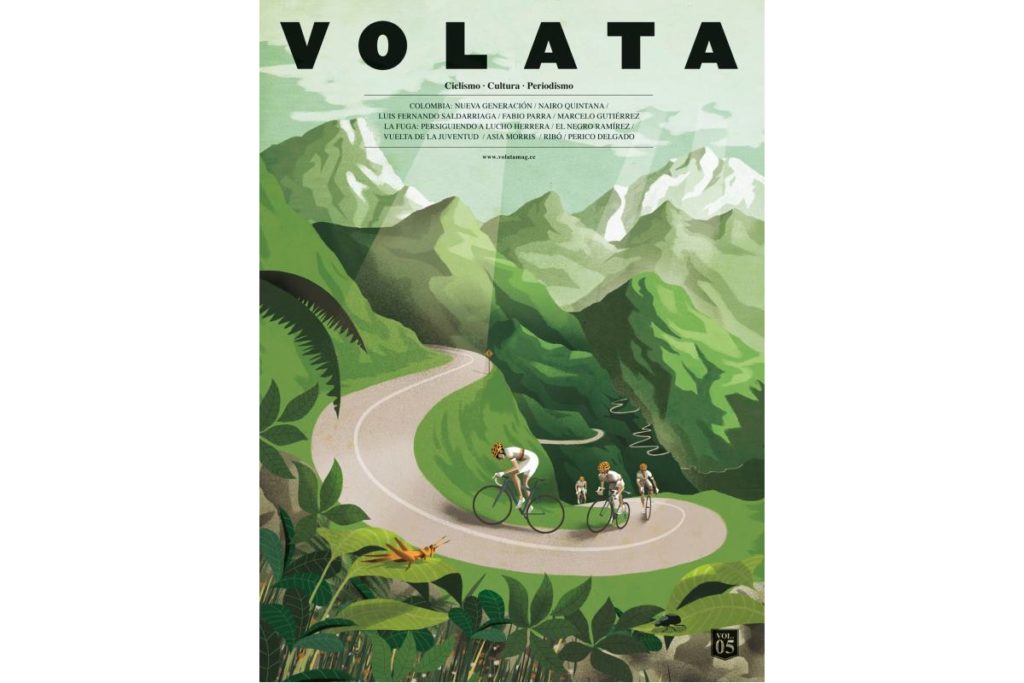 Barcelona has these things. Some neighborhoods such as Huerta, Gracia, Sarrià and Les Corts, which were independent towns until the 1920s, are made up of small neighborhoods that corresponded to different population centers. In Poble Sec, we find the case of La Satalia, a small neighborhood located between Paseo de Montjuïc and the Montjuïc Funicular. If you want to stretch your legs leaving CREC Poble Sec or want to take a walk during the working day, do not hesitate to take a look!

Julià street is the axis of this small “mountain” neighborhood with a village air. Its single-family houses make up a haven of peace between Poble Sec and Montjuïc. The views from the La Satalia football field are completely privileged.