“The worst coworker in the world.” There it is. The end of the post. This is the result of my article. Paraphrasing a fantastic album by Sidonie I ironically self-proclaimed in this way. In this post you guys will learn why.

Coworking was an invention that arose during the economic crisis. And it is known that difficulties sharpen one’s wit. With the crisis, the tenants of the offices did not take over the rent space, they decided to share with other people to share costs. Despite that, in the 90 years Berlin is one of the first flexible spaces in months and distinct tenant disciplines, and are considered the first coworking in history started in 2005. What a surprise! In Silicon Valley when a start up called Brad Neuberg had two necessities: Share the rent space that I was staying in, the startup can do in front the financial problems for those who were passing by and create a feeling of “work community.”

The kind space triumphed and it extended into the months following many other cities in the United States and jumped rapidly to Europe. It went to a city in London where it opened the first coworkings in the continent. Five years later, they had opened 2000 coworkings in the whole world and the former work had changed forever. 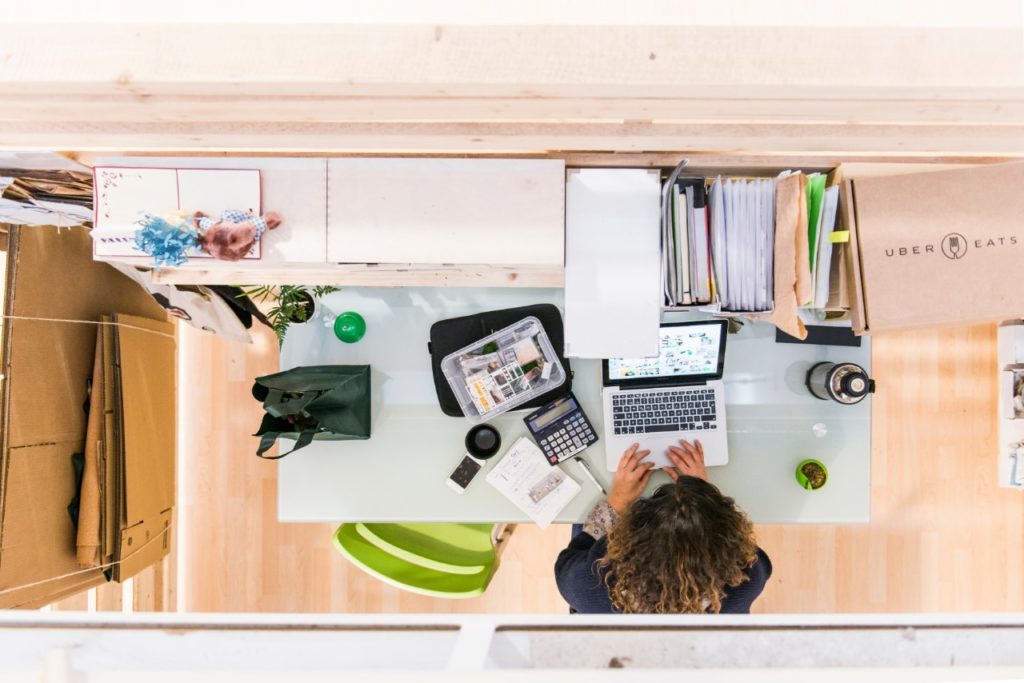 The creation of these type of spaces must offer distinct advantages, but it might result in one general way: It is about the more flexible opening for those entrepreneurs and companies to get a place of work immediately at a reasonable price with the possibility of connecting with other professionals. Also, for people like me, who work in major parts of time alone, we get a place and structure in that way in low control the entropy to which every human being tends to be without a leader. But nevertheless, I must be self-critical and know that there is a lot of advantages that coworking offers, I take advantage of a few. I am not a guy to model after. I’ll continue by showing five reasons to justify my hard affirmation.

1. “I do not know the names of the coworkers with that I work with every day¨

Networking. Connect the red dots. Make friends. Call it how you want. Networking is one of the principal possibilities that coworking can give you, especially if it is one of the big ones that I’m in. This fact, put together in the same place has a lot of diverse talent, converts them for the same attractive places for work, the fact that it tapped for the same business to attract a lot of talent from the templates. I doubt that they would feel seduced by mine! I have not generated synergies nor am I very predisposed to it. And it is that CREC Connect brings a great opportunity for associating, starting new projects and enriching with groups of people with heterogeneous. I insist to not be a coworker like me.

2. “I go to coworking during the last hours of the day, when there is less presence of coworkers”

I am sure that one of the first advantages in coworking is the flexibility in hours, and more so there is your own opening and closing as well, many coworkers enter and leave at their convenience. It is required to have at least one fixed schedule in the office, so much in case it comes to the attention of the public and the team at the job. Justly, I take advantage of the last hours of the laboral working day, between 17 to 21 concrete hours, since coworking is more calm.

It has total liberty to also have your compartment: I do not take advantage of those moments to its maximum potential of coworkers relationships for physical and psychological isolation that I get from work from my house in freelance work. Also, I do not keep a fixed schedule at the place, a greater loss of control at work for myself and for my productivity! Like that is good thing to go at the same schedule as the rest and then not appear at 5 in the afternoon.

3. “I assist in very little social events that coworking organizes”

When it is time for me to leave, coworking understands it is to “create a community” that is between the coworkers- a priority disconnected if for that surge of sensation that we all need to feel. In fact, for a lot of people like me, with freelance jobs, coming to coworking makes it more bearable. It is easier to work alone and it is usually the coworking itself to organize events such as vermouths and dinners periodically. As you can guess, I have assisted in a few, either by own mistake or simply by pure vagrancy to be a coworker of profit. 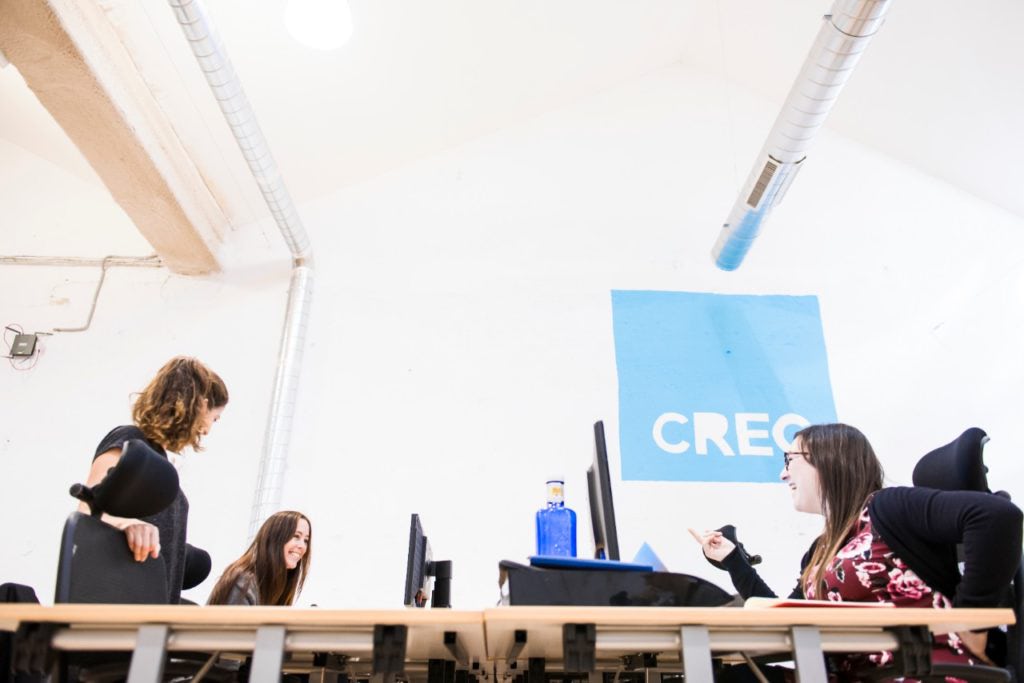 4. “I always go to eat at my house in the middle of the day”

Following with the idea that to increase the connections, bringing the tupper to coworking is one of the most effective. My excuse is that I do not like the food overheated like that, trying to always eat in my house (obvious influence that I live very close to CREC Eixample) But nevertheless, I admit that bringing tupper to coworking is one of the actions that is more than I can do to make a relationship with the rest of my coworkers. I even know of someone who does it expressly, being able to eat at home to get to know the other coworkers a little more. Also, returning home in the middle of the day is dangerous since over there ends the working day: the distractions that multiply, laziness is triggered, the siesta can lengthen too much or directly you lose all afternoon with the most absurd distractions (here everyone will know yours!). In fact, this demonstrates that work is ambient in a work community to increase productivity and creativity, and isolation of telecommuting from home can result in many cases of being counterproductive.

5. “At this point, I’m still not clear about what coworking offers!”

In life there are a lot of times that we lost opportunities for ignorance or simply, for not asking for information. And that the community builders insist that it doesn’t happen! But they have hit a hard nut to crack. It’s possible that my coworking offers major possibilities of the basics that I enjoy and I am not experimenting half that it has to offer. For example, I know that all of the coworkers do work from whichever of the three spaces: Eixample, Poble Sec and Sabadell. It’s supposed to be a big opportunity to connect with new professionals. But the goats shoots to the mountain, and I always stay to the first floor. Through CREC, hundreds of people pass each year, among whom collaborations or opportunities can often be offered, of which I am not aware.

As you can see from everything explained, I do not know if I come in the category of a coworker. It’s very good that I have to talk coplacer or cospacer, yet in reality I have little more than share a space with other people. Yes, I am not changing my site of work for no other motive. Despite not being a conventional coworker, I had fun at coworking and know that when I want to I can have fun with all other possibilities. Yes, I have a basic recommendation that you can do if you are thinking of coming: Do not be a coworker like me and take advantage of the place.

Josep Darnés (Figueres, 1976) is a civil engineer, has a master of Digital Business in ESADE and it's a CREC coworker. He has projected public work, has produced video clips, has lived in many countries and has been addicted to self-help and personal development. About this matter, he wrote the book "La burbuja terapéutica" (Arpa Ediciones, 2018). Now, apart from writing his second and third books, organizes punk talks and creates memes. You can visit his website in: http://josepdarnes.com/

Call Now Button
We use cookies to ensure that we give you the best experience on our website. If you continue to use this site we will assume that you are happy with it.OkRead more