People say that common entrepreneurs are obsessed with money and the brilliant ones feel focused on three things: add value, be disruptive and sleep well every night. “Show me the money!”. This famous quote that Tom Cruise repeats all the time to Cuba Gooding Jr. in the film “Jerry Maguire” (Cameron Crowe, 1996) could be the mantra of most entrepreneurs who, obsessed with their subsistence, try to earn money as fast as possible. Because of this hurry, a famous entrepreneur from Barcelona told me: “Josep, start a business is a sport for rich people”.

In fact, if we take a look at the numbers, the most common situation when you decide to undertake is to fail. And that’s what the statistics say: 90% of startups fail in EEUU, and I don’t think we are so far from this fact. Create your business is not as easy as get your own startup -which has specific features of context and development, but they are a good example of a wrong short term vision. 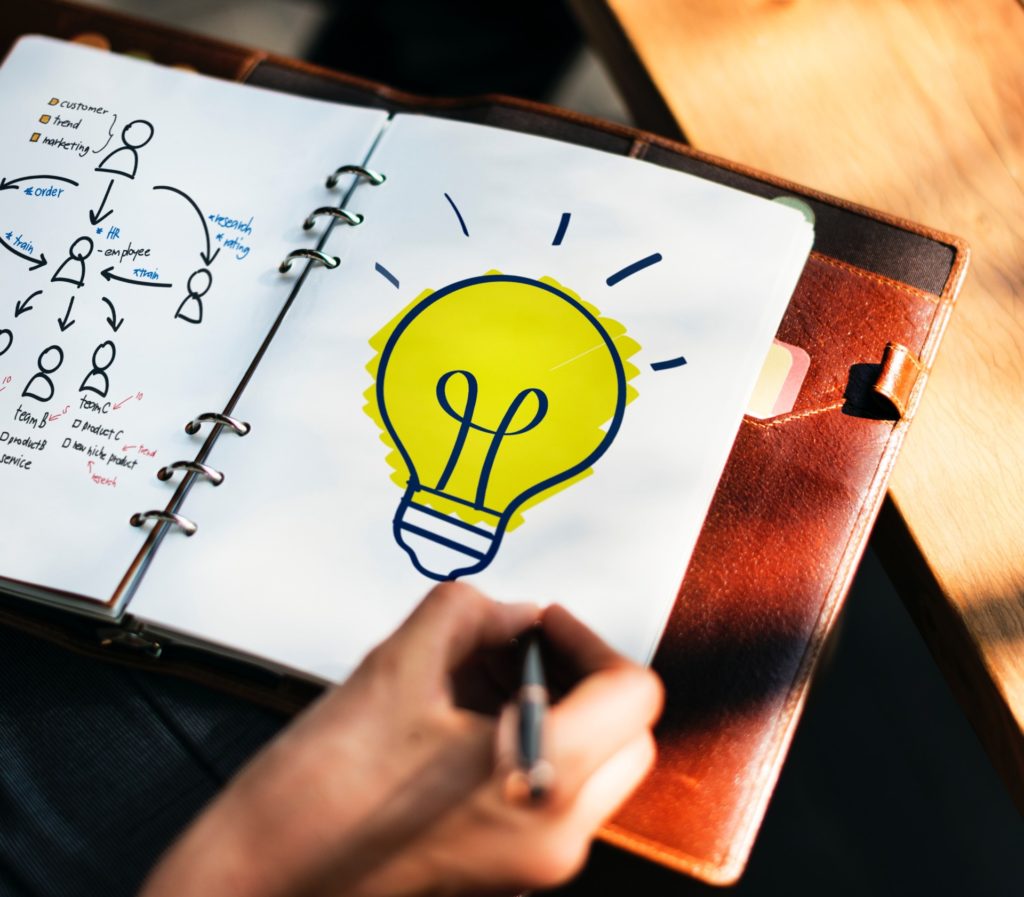 Real keys to success your Startup

Then… Which factors are really important to ensure your success when you start a business? Bill Gross, entrepreneur and founder of Idealab, wanted to discover the key factors of startups. For this reason, he started to analyze 200 startups with different success levels trying to discover the most important facts during their developments. And the results were, at least, surprising.

“The most important factor: be in the right place at the right time”

First factor was to guess the timing, “be in the right place at the right time”. This moment, this window of opportunity that gets opened and… Bingo! Facts like market knowledge, intuition or simply good luck have an essential role there. And how can you know if you are at the right moment? Was Whatsapp better than opponents like Telegram or Kik? Was Facebook better than other social networks which grew after? “Possibly not, but they hit the best moment”, which we mention as a window of opportunity”. And that, in our digital world, appears and disappears faster every time. Sometimes we have to be the first one, but in a lot of cases this is not the way.

Gross supports his analysis with Airbnb example. This company has raised during the financial crisis, just in the moment that more people needed extra money and they were ready to rent some useless parts of their homes. Another similar case was Uber, which guessed the moment when many people wanted to earn extra cash by driving for other people. They realized that their cars were stopped 95% of the time.

Gross regrets that his company tried to start a streaming video platform so early. Two years later, three young employees of Paypal created a platform called YouTube. They guessed the window of opportunity and two more years later, they sold their company to Google for 1.65 billions of dollars.

“A good idea is a necessary condition, but that’s not enough”

Secondly, Gross observed that other important key factors were to have a nice human team, good implementation processes and a quality platform. Without people, companies don’t exist. Seems logical, right? In third place, we found our great idea. That can be surprising, because as we said at the beginning of the article, we can think that a good idea it’s the most important point of every project. And that’s not absolutely true: the good idea is a necessary condition, but it’s not enough. As we have seen, if we don’t have a good idea at the best moment, we may fail. And if you have such a great idea, but you don’t care about a great human team or a solid structure to do it, your “idea” will disappear so, so fast.

In fourth place, we found the business model. As Gross says, it’s a less important feature because you can build your model while your clients ask for new needs. And if you have a previous plan, you can add your modifies and redesign your first project to evolve and empower your company.

“Ego can be your most powerful ally, but it can also be your worst enemy”

By last, so far from all the previous factors, we find finance. In fact, and as Gross concludes, if you get right with the other factors, it’s easy to finance your project. And when you see this factor in last position, you should think: If you are a nervous entrepreneur who goes to every event, trying to sell your idea to all your potential investors, releasing your pitch to everybody who pay a minimum attention and you can’t sleep at night because you don’t know how to pay your coworking tax and your roster… Then you have probably lost the focus on the really relevant things and you have to forget about the importance of money. 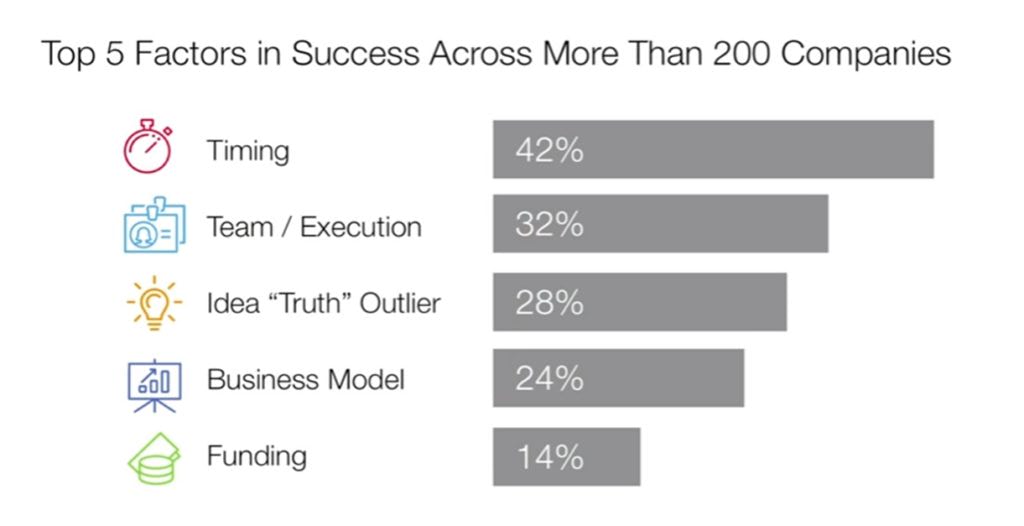 Slide of Bill Gross TED about success factors in Startups (2015)

Ego can be your most powerful ally, but it can also be your worst enemy. If you fall in love with your idea, you only want to be an entrepreneur or you get obsessed with finance, you will forget what matters most. Reality always imposes itself, and as we have seen in this article, the way to the top is as Gross explains, not as you imagine blinded for your “great idea”. Ryan Smith, CEO & Founder of Qualtrics, says: “You have to work 10 years by doing boostrapping before you release pitches to investors”. Maybe now, you can understand better the initial quote of my friend: “Start a business is a sport for rich people”.