According to the Federación Española de Padres y Niños con Cáncer, 1500 cases of childhood cancer are diagnosed in Spain each year. The survival rate is 80%, but cancer is still a serious disease. We have interviewed Neus Serradell to explain her project and her vision of scientific dissemination.

What is “Els Medicaments amics de la Maria” about?

It is a solidar book about childhood leukemia, which explains this disease to children in a very educational and entertaining way. He does so with an encouraging and hopeful message. With the sale of the book, funds are raised for childhood cancer research at the Hospital Sant Joan de Déu.

How did the idea of writing the book come up?

The idea came about because a girl in my family, Maria, when she was seven and a half years old, was diagnosed with lymphoblastic leukemia. She was treated to Sant Joan de Déu and I was very involved. I saw that she took the treatment very well and that she improved immediately, and I came up with the idea of explaining to her in an understandable and visual way what the medicines she was taking were for and what they did. I made a first draft that was reviewed by the doctors and nurses who treated Maria and, as the feedback was very positive, I decided to make a more serious publication.

” The objectives of the project are to entertain and educate children and families, help them understand the disease and its treatments, de-dramatize chemotherapy and disseminate science to children”

What is the goal of the book?

Well, the fact is that a story I made for a girl has become a much larger project. The objectives of the project are to entertain and educate children and families, help them understand the disease and its treatments, de-dramatize chemotherapy and disseminate science to children so that they become familiar with diseases and medicines.

How do you rate your experience from the beginning to now?

The start of the project was very exciting but it also required a lot of work. In the absence of funding, I carried out a crowdfunding campaign on the Verkami platform. Once the campaign was over, I have had very positive experiences as I have received very good reviews of the story from families and professionals. On the other hand, I am finding some difficulties when it comes to disseminating the project, which is being the hardest part of all. In general, the experience has been very positive.

What is the readers’ respones being like? And what about parents and teachers?

The response, in general, is being very good. For example, a woman who had lost her husband a few months ago because of cancer told me that after reading the book she felt much better. She had understood things that she had not understood during her husband’s illness. Another case that I was very pleased to know is that of a child of the same age as Maria who suffers from the same disease. The boy never talked about his cancer and, after reading the story, he asked his parents to explain the disease to his class. His father sent me a picture of the boy with the teacher explaining the story to the class and it was very comforting. “The story has allowed him to share his illness,” the father told me. 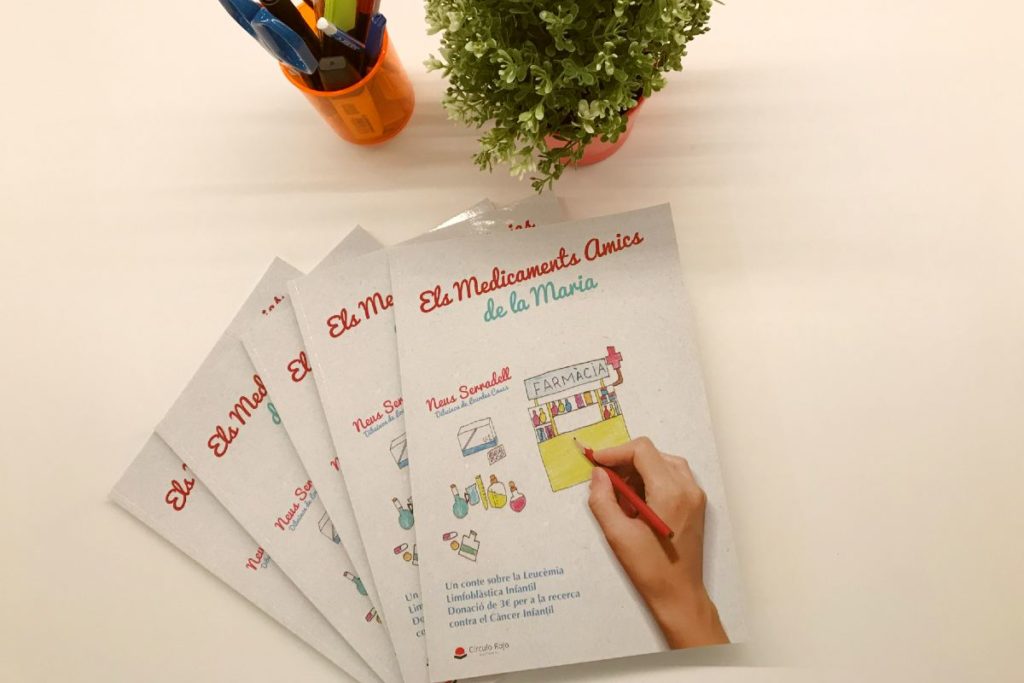 What barriers have you found when broadcasting the book?

I have the feeling that the story is useful and can help many people, and that there are many families who would benefit from reading it. But there is still a way to be traced to get the project to this audience. Sometimes I have come across closed doors of entities and associations that I did not expect.

Also, as we were talking about at CREC Talks, these topics are of particular interest to people who have experienced them closely. It is difficult to awaken interest in people who have not lived with cancer.

“In the case of children, they only receive information about cancer when they have it or a member of their family suffers from it”

What do you think about cancer as a taboo topic?

Cancer is still taboo, but it is also true that it is still a serious disease. Childhood cancer is less talked about because it is a rare disease. We adults have more taboos than children, perhaps because they are less aware. In any case, there is a lack of information about the disease and the treatments. In the case of children, they only receive information about cancer when they have it or a member of their family suffers from it.

Do you think divulgation channels are somehow obsolete?

Especially for young people, outreach must be adapted to new channels and formats. A clear example is the Polseres Vermelles series, which de-dramatizes serious illnesses in children and adolescents and showed patients who died, who recovered and who recovered but with sequelae.

In addition, many times in the media, due to carelessness or ignorance, they talk about drugs and research without using the appropriate terms. You have to be very careful when reporting health and be very precise, as it is easy to create confusion.

What do you think a day like International Cancer Day can bring?

This type of international days helps to publicize diseases and raise funds for research. I think that more information is needed about medicines and treatments on a more regular basis, not only when it is the international day of a disease or an event like La Marató. Now, with Covid-19, we receive a lot of information about advances in the investigation. I find that this trend can be applied to many other diseases.