The art of procrastinating – Josep Darnés

When I finished La Burbuja Terapéutica, I proposed myself to write two or three more books, so I just had to choose a new topic which I felt a could say something about, make a summary and start writing. It sounds easy, but anyone who has faced the challenge of writing must have realized that we can do anything to avoid facing a blank page. Despite I already had thought about a topic, days went through and I didn’t work on the book as much as I wanted to and I got blocked, which led to frustration and guiltiness feelings.

Those who know me are aware of my disaffection towards time management and productivity handbooks. Nevertheless, sometimes you can find interesting proposals that, at least, help you to be more productive. For instance, John Perry, a philosopher from the USA, proposes the structured procrastination as a way to manage the ability of posposing tasks. If you are a compulsive procrastinator, you will probably read the article to skip other tasks, even if they are urgent or not. 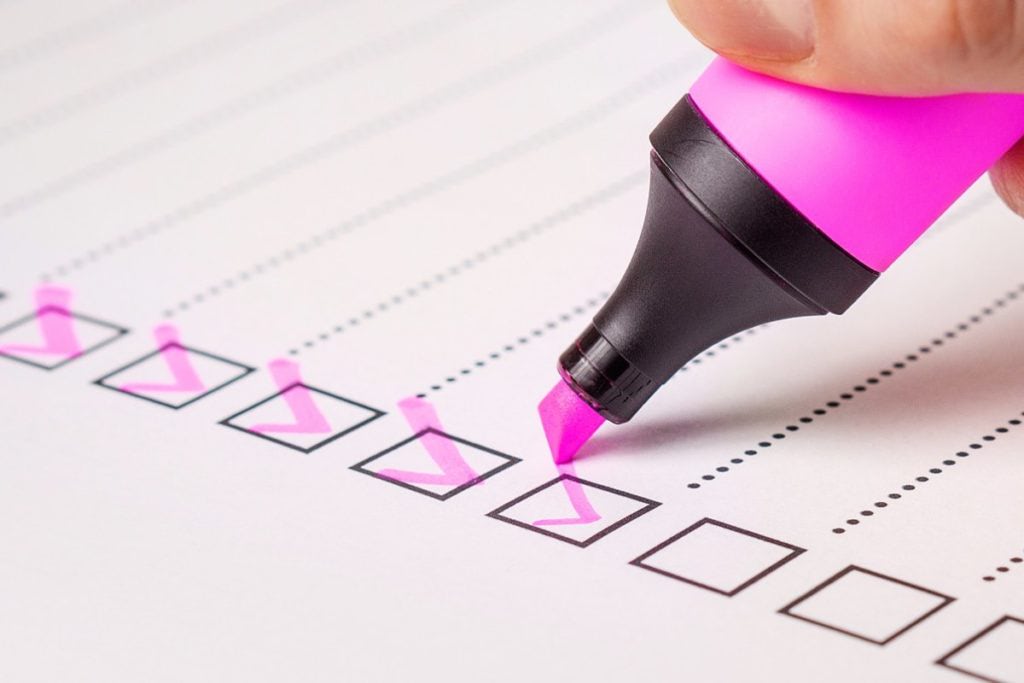 “Anyone can do any load of work when it’s not the tasks he/she is supposed to do at that moment”, Robert Benchley

Firstly, Perry sais very clearly that what have been doing until now – trying to get over procrastination dozens of times – is not appropriate because failing again would make your guiltiness grow. According to Perry, a procrastinator is not lazy, he/she just can’t stop procrastinating for several reasons. He identifies two kinds of reasons: on the one hand, we simply don’t feel like doing a particular task because it’s hard or tedious. On the other hand, we just postpone it because we are afraid we are not doing as good as it’s supposed to be done. Generally, we procrastinate for both reasons, but we tend get more influenced by one of them. In my case, I think I’m 50% and I avoid the task for both matters.

Before we go deeper into this subject, let’s remark Perry doesn’t have a really original solution against the perfectionism problem. He suggests that we have to allow ourselves to do a less perfect job instead of getting the task overdue.  This is, more or less, what we usually do with tasks with a deadline that we postpone until last moment. Once a workaholic boss I had some years ago told me: “Things can be done quickly or they can be done well”.

Another recommendation from Perry is well known (but still helpful for procrastinator) is to go “match by match”. This consists on dividing a task in small elements and create favorable conditions. For example, we should not to stay at home if we have to finish a text, listen to music if that helps us focus, activate phone usage blockers, hang out with non-procrastinator for team projects…

“Humans are rational animals, they say. I’ve been trying to proof this all my life”, Bertrand Russell

“Humans are rational animals, they say. I’ve been trying to proof this all my life”, Bertrand Russell said. It’s true that it’s quite curious how we, being as rational as we usually show off, keep postponing tasks alleging “we work better under pressure” or “I didn’t have time for this until now”. Thus, John Perry, philosophy lecturer at Stanford University, felt strange about his colleagues thinking he was able to work in many projects at the same time, while he thought he was a great procrastinator.

Investigating the origin of this paradox, he got to the conclusion that he was a structured procrastinator, a person who postpones in a productive way and gets to do a lot of things leaving other tasks (read it again and again until the concept is clear). As an example, he explains that his book is a result from this structured procrastination: he wrote it to avoid doing other pending tasks. Perry emphasizes on the idea that procrastinating does not equal not doing anything, but it’s about doing important and timely tasks instead of doing something even more important.

In the words of Perry, it’s about organizing tasks in a particular hierarchy that helps to be more productive: “In your mind – maybe it’s written somewhere – there’s a list of things we want to do, sorted by relevance. What’s more, we might call that list our priorities list, putting the most urgent and important tasks at the top. Nevertheless, at the bottom of the list there are other relevant tasks which we might do in order not to do the first ones.”

This idea can look very banal, but in the end it is a self-cheating system that works this way: at the top, we put the most relevant tasks, which seem to have a well defined deadline and tremendously important, but in fact they are not so significant.  These pressing tasks often annoy us so much they motivate us to do other things which are as useful as the other ones or even more.  For instance, I mentally put on the top of the list that email I have been too lazy to answer. It’s essential to give it more importance than needed so, if you are a true procrastinator, you can avoid doing it and focus in more appealing tasks, such as writing a post for this blog (I suggest you to read “Tu idea no es tan importante como crees” and “No seas un coworker como yo”) or watching on YouTube that TED Talk about paleo diet. 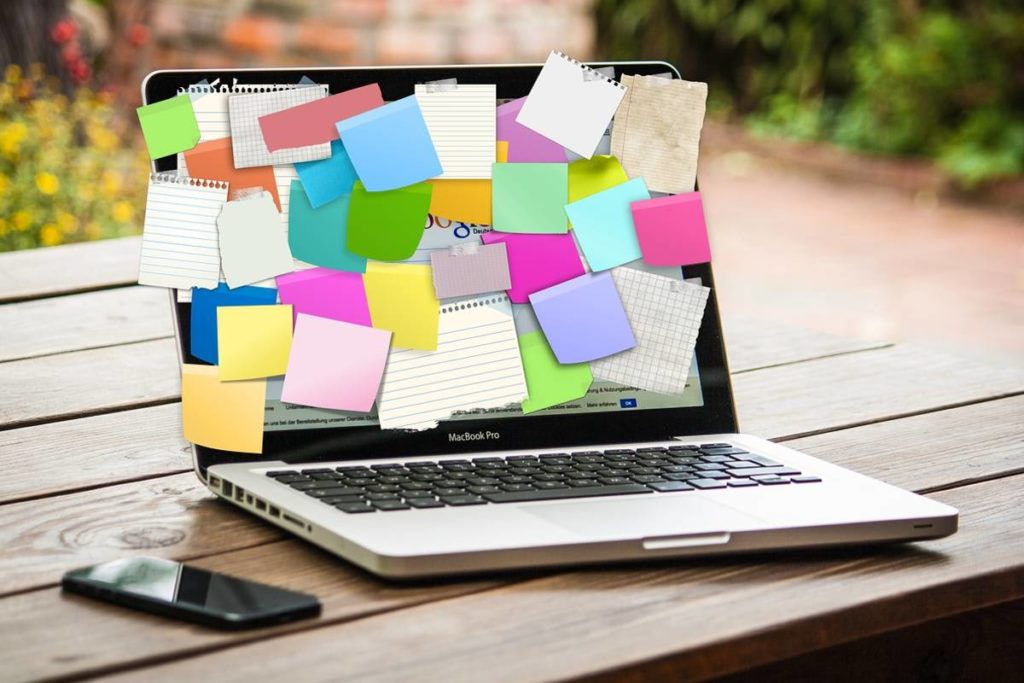 Having non important tasks on the list is our source of motivation to do things. If we don’t risk to Tener tareas no importantes en la lista es nuestra fuente de motivación para hacer cosas. If we don’t write them down, we might do nothing and become really lazy since nothing out of the list will motivate us! Moreover, a funny advantage of this method is that an important task often ends up disappearing, both because it’s not so essential and because we realize it’s not as essential as we thought.  Además, una ventaja divertida de este método es que una tarea importante muchas veces termina por desaparecer, ya sea porque tal vez no era tan importante o porque simplemente con el tiempo nos damos cuenta que ya no es necesaria llevarla a cabo. Thus, the old proverb “Never leave for tomorrow what you can do today” has turned into “never do task which can disappear tomorrow”.

Perry also explains there are two ways of organization: horizontal y vertical. Broadly, a procrastinator takes the horizontal organization way: he/she places all tasks at the same level in any possible way, in open windows in the laptop or piled up on the table, to be able to move from one another easily. We do it like this because when we save something in a folder we never open it again or, if we do, it will be hard to restart the project. Besides this, people who usually don’t procrastinate tend to a vertical organization: they start a task, the finish it, they save it and then they start another one. As mentioned, these two kinds of organization can be complementary. As structured procrastinators we can manage doing less important things which end up bringing more value than the ones we were supposed to do first. These tasks include, for example, getting breakfast for the whole team or organizing a social event, minor things that actually have a positive effect on the project.

As procrastinators are often misunderstood, Perry reminds “normal” people how essential it is not to become arrogant and not to irritate people around them; Instead, he recommends a little dose of humility and recognition towards the difficulty of adapting to a vertical organization. “The structured procrastinator might not be the most effective human in the world, but when his/her ideas and energies flow spontaneously, he/she can reach any goal which would probably be unreachable when following more structured methods.”, Perry says. What’s more, accepting we are deeply procrastinators, we can reduce feelings such as guiltiness and self-contempt when we don’t do the most pressing tasks or we aren’t able to produce at the same rate as lucky non procrastinators. As Mark Twain said: “Never leave for tomorrow what you can do the day after tomorrow”.